Kallil Bhagavati Temple or kallil Guha (Rock Cut) temple is one of the oldest temples in Kerala.

Kallil in Malayalam means “in stone”. As the name suggests, this is a cave temple and is built of natural rocks and caves.

The temple is in a natural cave formed by gigantic rock 75 ft length, 45 ft width and 25 foot height.

The rock forms the roof and we can’t see where it touches the ground, so it looks like its mysteriously suspended in air.

The temple has a history going back to the third century BC, the temple is a relic of Kerala’s rich Jain tradition. The stone sculptures of Parshvanatha, the 23rd Theerthankara, and Vardhamana Mahaveera, the 24th Theerthankara, are present in the temple. Padmavati Devi is also present.

The cave temple is one of the havens that housed the waves of Jain monks which swept over south India at that time.

The temple was transformed into a Hindu temple by the 9th century.

Padmavati Devi is worshiped as Kallil Bhagavathi. Nowadays, Durga, Mahadeva and Mahavishnu are also worshiped in the temple. The figure carved to the huge boulder that acts as a roof of the temple is now worshiped as Brahma.

There are numerous other carvings on the rocks around the temple, some of which are believed to be ancient scripts.

The temple festival falls on the Karthika of the Malayalam month of Vrishchikam, either in November or December. The idol is placed atop a female elephant, not a tusker as in the other temples of Kerala.

The temple is currently under the administration of Travancore devaswam board.

Kallil Bhagavati Temple is not easily accessible. Bus services are very less. Its better to come with your own vehicle or auto.

You don’t have to get down from the vehicle (bikes or cars) when you reach the initial rock steps, the vehicles can go left and can go till the parking ground near to the foot steps of the temple.. If we are taking kids or elderly people with us this would be the best option.

This is a protected monument under the care of Archaeological Survey of India. 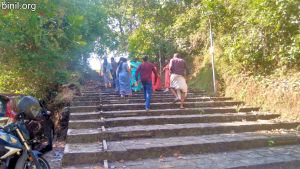 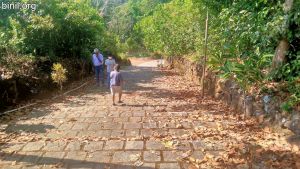 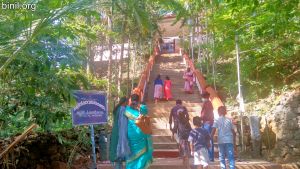 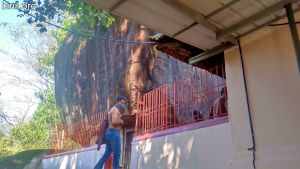 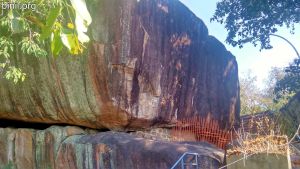 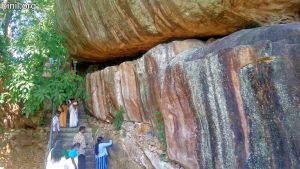 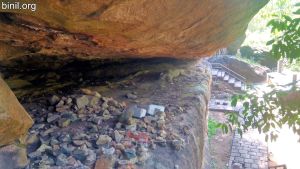 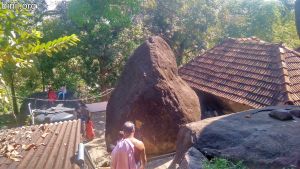 If you like Kallil Bhagavati Temple, please go through the temples listed in this site.