We Are Lady Parts is a British television series created, written, and directed by Nida Manzoor.

We are Lady Parts at IMDB 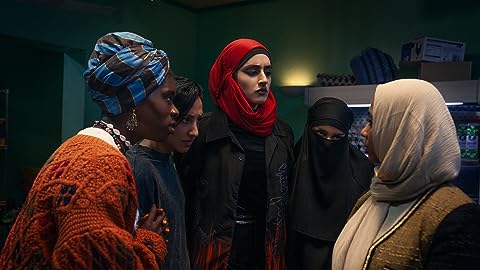 The series is about a British punk rock band which consists entirely of Muslim women.

After binge watching the first season, I found it thoroughly enjoyable. Not every time you will see a series about female bands featuring Muslim woman and this deals with punk rock.. thats awesome.

There are some cool original punk songs and cover tracks, which you will most sing along with or dance to.

This is a must watch if you are into musicals or comedy or just want to have some happy time.