Peacemaker is is the first DC Extended Universe (DCEU) television series and a spin-off from the film The Suicide Squad 2. Its on HBO Max. 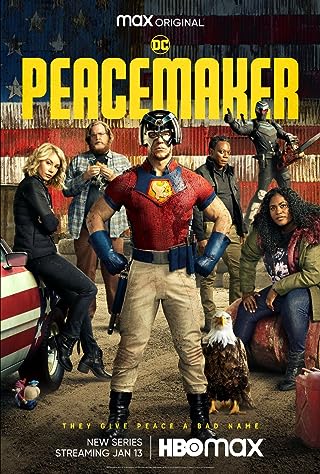 Its written/created by James Gunn and he directs some of the episodes.

The story begins after The Suicide Squad 2 which was also directed by James Gunn. Now Peacemaker is released from hospital and suddenly he finds back into his line of work.

Like all James Gunn products, this too have some amazing tracks. This series feature a lot of metal/rock tracks.

The actors were hilarious in their roles. I am sure that they had a blast filming.
It was funny to see Peacemaker making fun of all the super hero’s in DC universe.

The jokes are pretty rude and there are some nude scenes. Everything’s basically over the to. So I don’t think you could watch it with family.

But if you are watching alone or with your friends, then this is a must watch series. If you loved Suicide Squad 2, then this is as good or even better.